At first when I looked at the proposed new autism guidelines I was struck by how similar they look to the current guidelines.

Then I looked a little further at the proposed DSM 5 guidelines for the diagnosis of autism spectrum disorder.  That's when I realized that the new functionality clause has implications as does the previous three-year old clause.

With this discovery I decided to look into the reasons for coming up with the new, slightly changed guidelines.  It is clear to me that there are going to be some individuals who are currently classified within the autism spectrum who might be excluded from this diagnosis by these new guidelines. There may well be a group of individuals who fit the current ASD diagnosis guidelines and who are currently able to function within our society because of the assistance provided by social assistance agencies and currently by law covered by insurance. These individuals may not quite fit the proposed new guidelines for Autism and might lose that assistance which enabled them to function. For them the proposed autism diagnosis guidelines would be a tragedy.

I asked myself the question: could the American Psychiatric Association be intending to try to lower the numeric incidence (and prevalence) of autism spectrum disorder by adding the functional status clause and before age 3 clause and thereby artificially cover-up or hide the mushrooming epidemic we have been facing? Could the reason behind the proposed changes to the old guidelines be because there is incentive to lower the burden on support associations and insurance corporations?  This could have the appearance of impropriety or collusion. I just don’t want to think that, especially from such a respected organization as the APA. Asperger’s is frequently diagnosed after age four when social settings become more demanding. The proposed new criteria would certainly not fit all Asperger’s individuals and may leave off some who will need assistance to be independently functional in society.

I am clear on the idea that the old criteria are not as much of a spectrum as the real world cases manifest, and this leads to some confusion over exactly which of the DSM-IV neurodevelopmental disorders a particular individual fits if they exhibit behaviors on the “border” between more than one of the current categories. Since the revision process has been in place for a long time, I feel we should work hard to be inclusive of care and not exclude any of the least among us even if they are affected the least within their diagnosis spectrum. 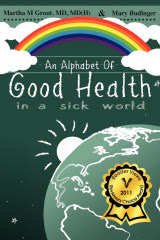